Today Zaheer Ali, who has been working in our group since spring 2012, presented and defended his work.

The title was Mathematical Modeling of Electrophysiological Data of Facilitation in Layer 6 Pyramidal Cells (abstract below). 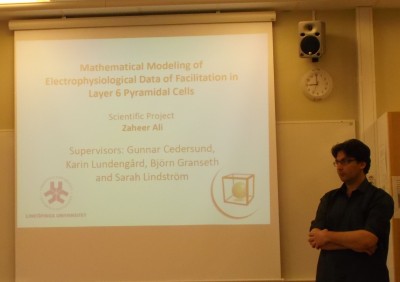