2015 was the most expansive and important year so far, since we started, and there were many important things that happened.

The perhaps most important thing was that Gunnar Cedersund, the leader of the group, got a permanent position, a senior lecturer position (Swedish: Universitetslektor). This ensures that the group will live on for many years to come: Gunnar is bound to retire only in 2046, and the plan is to stay in Linköping and help lead this group at least until then! Apart from this, the new position also implied that Gunnar was elected into the board of our department. 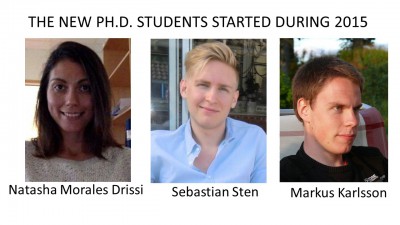 During 2015, we also recruited 3 new Ph.D. students: Markus Karlsson, Sebastian Sten, and Natasha Morales Drissi (see picture above). Markus will continue our work on MRI-based modelling of the liver, together with Peter Lundberg (who will act as main supervisor) and the other guys at CMIV. Sebastian and Natasha will focus on fMRI and how this can be combined with EEG data using mathematical modelling. Both of them will do both modelling and data collection, but Sebastian will focus mostly on modelling, and Natasha mostly on experiments. The main supervisor of both Sebastian and Natasha is Maria Engström.

In May of 2015, Elin Nyman was awarded a prize: “the best pre-clinical Ph.D. thesis published during 2014“. This prize is awarded by the Swedish association for diabetes research, and it is especially encouraging to notice that they think that our work om multi-level modelling of diabetes now is mature enough to really make a difference in the diabetes field. 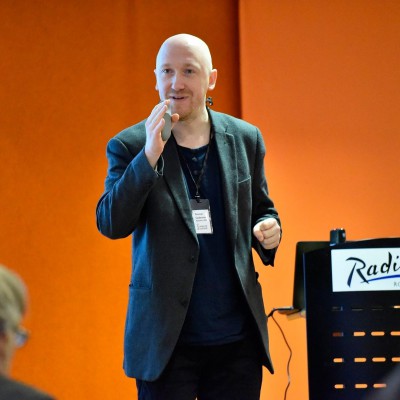 In December 2015, Gunnar Cedersund was awarded another prize: “Nytänkaren”. This prize is awarded by the “Swedish Fund for Research Without Animal Experiments“, who made a study visit in our group earlier in the year. During this visit, they became so enthusiastic over our results, and the general results of the field, that they decided to create a brand new award. Nytänkaren is a Swedish word, which means “The Innovator”, or “The Thinker of New Ideas”. This prize has also been reported in several news outlets, including the daily newspaper ETC, and Swedish television (see video below for English translation).

During the year, we also expanded and deepened our collaboration with AstraZeneca. This included the launching of several new projects, the publication of some first papers, and we also planned for the hiring of a new postdoc, to start in the Summer of 2016. Apart from this, Gunnar also gave a 3 day intensive course on systems biology.

In the summer of 2015, we had many internship students, and several of those have remained with us for the following year as well. A picture of our group during the summer is given below. 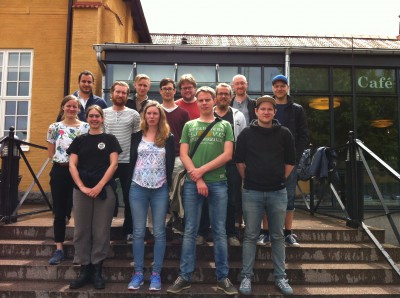 In the autumn of 2015, we spent 2 days in an internal workshop on the country side, to talk about joint decisions, ongoing work, and to create new visions for the coming years. Below you can see a few pictures from this event. 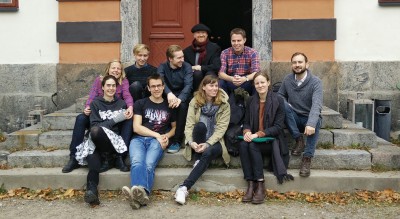 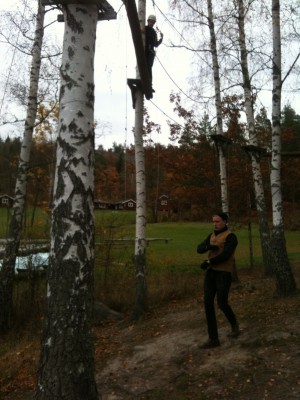 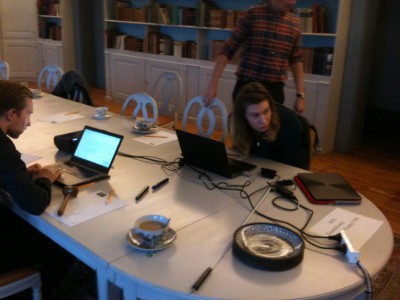 PUBLICATIONS (all were accepted during 2015):

Karlsson M, Janzén DL, Durrieu L, Colman-Lerner
A, Kjellsson MC, Cedersund G, Nonlinear
mixed-effects modelling for single cell estimation: when, why, and how to use
it, BMC Syst Biol, 2015, 9:52.