Poster and lecture at Biosensors conference in Gothenburg

Two weeks
ago, the largest conference on biosensors in history was held in Gothenburg,
with over thousand delegates presenting work within commercialization of
biosensors, printable biosensors, single cell/molecule detection, lab-on-a-chip,
mobile diagnostics, nanonalytic systems etc. There was however room for mathematical
modelling as well. We presented with our poster a way of getting a requirement specification
for the development of glucose sensors.
Since the development and success of the finger prick, enzymatic glucose
sensor, several different glucose sensors has been developed. Despite the vast
amount of different glucose sensors out there, there is still an uncertainty
around which sensors to use when regulating glucose in the intensive care. The
regulation of glucose in the intensive care Is a bit more complex problem than
glucose regulation for diabetics, which is the market that most glucose sensors
aims at. A more complex problems requires a more complex analysis method, which
is why mathematical modeling has been used to predict glucose in the intensive
care. We have examined mathematical models developed for this purpose, to see
what abilities the glucose sensor needs to have to be able to be used for
glucose regulation in the intensive care when using a mathematical model. There
were several people who read the poster that said that they had been looking
for something just like this work, so there seems to be a need for the research
that we do!

We also had a lecture on the biosensors summer school on mobile diagnostics, titled “Biosensors and systems biology: from sensors to useful insights in biomedicine and clinical practice”. The lecture gave an introduction to how biosensors can play a key role together with systems biology when it comes to investigation of biological problems and in e.g. decision support, and regarding the research in the group it talked, among other things, about the developed multi-level diabetes model. 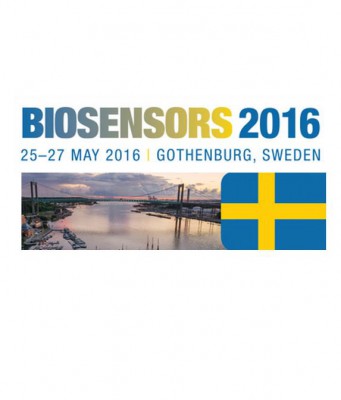