In 2016/05/31, students who take the course TBMT19/33/37 and some members in ISB group went to AstraZeneca for a study visit. Four groups of students gave the final presentations for their project work. The presentations were interesting and successful. The topics of those projects vary from T2D cell level: signalling in fat and brain cells; the dynamics of glucose, insulin, fatty acid in whole level with relative drug simulation; the combination model of T-cell, mechanistic core, Lasso-omics and the study on brain activity by using fMRI. 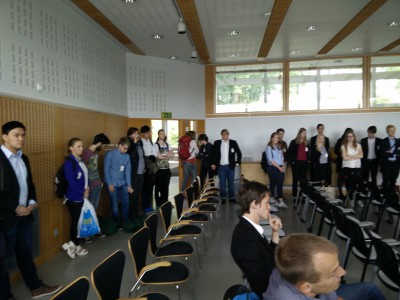 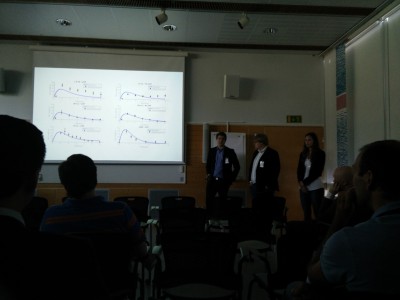 After the students’ presentations, the project leader in AstraZeneca provided an lively introduction to their work, going through all the necessary steps and digging into details such as time cost and potential problems. That presentation really gave all the people a straight forward look at the working flow of real pharmacy modelling simulation.

Linnea Bergenholm and David Janzén, also some students who did their thesis in ISBgroup, who were students from Liu and now working in AstraZeneca shared their experience with attendants later. The topics included study period in Liu, further education and research and current work. The speech was inspiring since their past experience could be the tomorrow for the students.

During the lunch time, all people had the chance to sit together and exchange information with each other in a relaxing way, not only the students but also some staff who work in AstraZeneca.

Except for the presentations, students also made posters for their project which were used later in the afternoon for everyone to read. Meanwhile, many questions were raised from the people who attending the presentation. Every student in relative groups was trying to answer those questions from different perspectives which gives the audience a better understanding of the project. Opposition part was also held in the afternoon, where one group of student opposed against one other group. The opposition went really well and it was helpful for the students to find the drawback of their work. 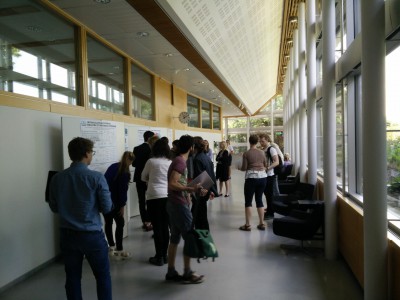 For every group that attended the presentation, a logo is required for their project and the ‘best logo’ winner who got a cup was voted by the audience. And this year, group IntraCell won the honer. 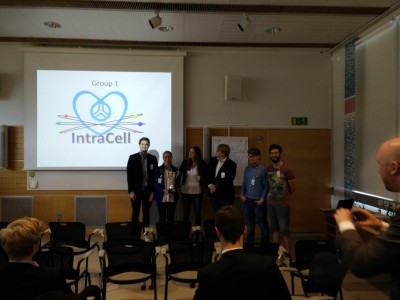 The study visit to AstraZeneca gave students a chance to present their working results to those professional people and undergo the atmosphere in a company which has a tight connection to their study.