A new travel period is just completed. The first part of this travel period can in many ways be described as the travel of 2: 2 continents were visited (North America and Europe), it took 2 weeks and 2 days (June 14-30), two research groups were visited (Chris Sander’s and Markus Covert’s), two companies were visited (Merrimack and AstraZeneca), two scientific conferences were attended (Systems biology of human disease in Boston and BioSynSys in Bordeaux), and two lectures were held (at BioSynSys and Merrimack). This totalled a distance of approximately 22 000km (Figure 1).

Figure 1: Outline of the first part of the travel.

The travelling in the US generally went to Harvard and MIT in Boston, and to the universities in California (Stanford, UCLA, etc). These visits mark a new phase in our groups development, which just has begun: one where we focus and aim more for high-impact publications, and one where we start to focus on making a difference in society. 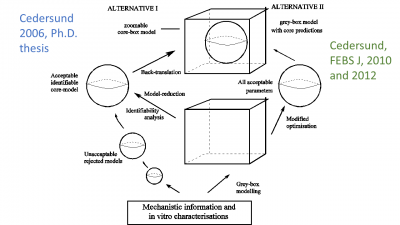 Figure 2: The methods we have developed, first in the thesis of Cedersund (left), and then by their application in end-usage projects (right). The idea is to combine a mechanistically detailed grey-box model (the box), with a well-determined core, a combination we refer to as a core-box model, which also is our group logo.

In previous and now more-or-less completed phases in our group development, we have had a series of other focuses, which still exist, but now have been transcended. The first focus, in the Ph.D. thesis of the group leader Gunnar Cedersund, was to adopt the data-driven methods in the system identification community (pioneered by e.g. our local legend, Lennart Ljung), to work also for mechanistic modelling of biological systems. This involved the creation of an embryo to our currently used core-box modelling framework, which consists of detailed mechanistic models (the white box in Fig 2) with a well-determined core (the sphere in Fig 2), which pinpoints the uniquely identified predictions. The second phase in our development was to establish a strong and integrated link with one experimental group, to learn to do truly integrated work, where modelling really makes a difference, and answers real, interesting biological questions. This resulted in a series of papers devoted to insulin signalling, where we first learned to use hypothesis testing (Cedersund, 2010) to systematically unravel a small system consisting of only two proteins (Brännmark, 2010), then learned how to map a simple intracellular system with the whole-body level in multi-level hierarchical models (Nyman 2011), and finally learned how to unravel network malfunctions in diseases (Brännmark 2013) (Fig 3). This process is still ongoing: we are still using our most recent version of core-box modelling (Cedersund, 2012) to add pieces to network, such as Erk and Elk (Nyman, 2014), fatty acids (Sips, 2015), and FOXO1 (Rajan 2016), and are also preparing for new quantum leaps to yet more comprehensive modelling levels. 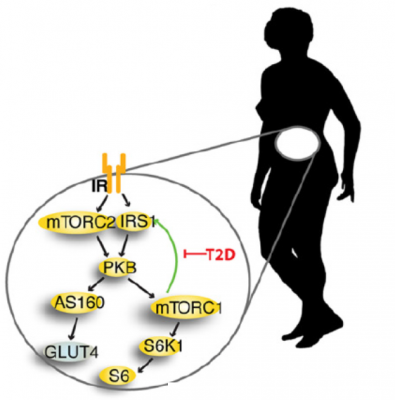 Figure 3: Our multi-level model for insulin signalling and the induction of insulin resistance (red T2D inhibition of the green feedback signal), which also propagates to the whole-body level.

However, since Cedersund recieved a start-up FoAss project grant from the Swedish Research Council in 2011, he has expended this recipe to a third focus: to apply these new tools to a more wide variety of biological problems. This focus has resulted in the joint recruitment of 5 new Ph.D. students, which are jointly employed with other researchers, who do experiments on other systems, but who cannot themselves do the modelling. The general recipe for all these types of collaborations are that the students sit a few days of the week in our group, and the other days of the week in the experimental group (Figure 4). 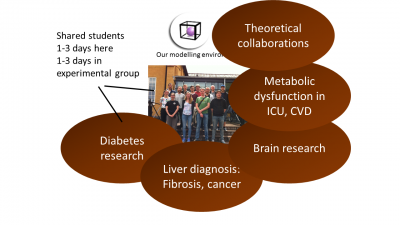 Figure 4: Our group structure, we are in the middle, and our collaboration partners, providing data and biological expertise have a shared environment with us, in terms of shared students, who sit partially with us, and partially in the experimental environment.

This phase is still ongoing, and we now have more than enough of experimental collaboration partners, and these projects are also starting to produce papers on e.g. modelling of the liver (Forsgren, 2014), the brain (Lundengård, 2016), who use mechanistic models as a means to interpret imaging data in order to produce a new level of understanding and also new biomarkers that can be used in diagnosis of liver and brain diseases (Figure 5). All of these developments mean that we now know how to both methodologically and socially interact with a wide variety of experimental groups to produce a steady flow of papers.

Figure 5: Examples of other application areas, where we combine magnetic resonance imaging data from the brain (A) or the liver (B), with mechanistic models (green below), to identify model properties which serve as new biomarkers. These biomarkers are combining the information in the data with the prior process understanding, and typically outperform existing biomarkers, in terms of providing a correct diagnosis and patient stratification.

The next phase and focus will therefore be to also establish some more high-profile collaborations, that allows us to move upwards in journals, and eventually publish somewhat regularly also in top journals such as Nature and Science. To do this, we need not only top-notch, integrated modelling, but also top-notch experimental data produced by groups who already have a track-record of publishing in high-impact journals. The highest density of such groups exist in Boston (MIT, Harvard) and California (Stanford, UCLA, Caltech, etc). Therefore, this year I have made two trips to these areas to start to get familiar with these geographical areas, and to gradually start to interact with new groups in these areas. Therefore, a 2 or 3-week trip to these two areas is planned to be an annual tradition. And therefore, we have started to write applications together with groups from these areas. One of these applications has now been approved – a two year paid exchange visit by our junior group leader Elin Nyman – but this is the topic of a separate blog post. 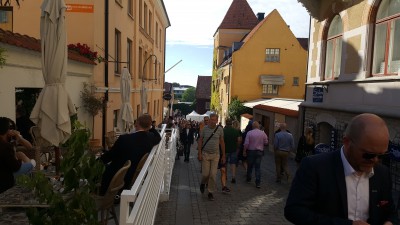 Figure 6: People walking around in the relaxed athmosphere that is Almedalen: on this streets you are equally likely to encounter a top politician as a top scientist, a business leader or an environmental activist or a journalist. They are all active, and all guests and participants in this exciting event. 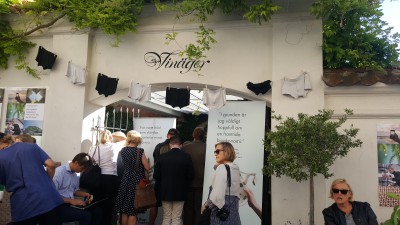 Figure 7: A little bit further down the same street, I encountered one of the many many small little sessions. Most sessions feature 1-6 lecturers, and between approx 15-150 people in the audience. This allows for informal and many parallel sessions, where one can dive into in-depth and meaningful discussions. In total more than 3000 events are held during the 8 day event, and the events are spread out all across the biggest city of Gotland, called Visby.

The rest of this blog post, I instead want to devote to the final part of the just completed travel period: a visit to Almedalen. As is explained already in a previous blog post, Almedalen is Sweden’s, and potentially even the world’s, biggest political arena, featuring >3000 events in an 8 day festival. This is the first time I and we feature at this event, and also the first time we visit it. I am therefore happy to report that the event was every bit as exciting as I had hoped. There really are hundreds of fascinating talks and seminars and panel debates each day, the environment really is conducive for a relaxed, informal, and productive discussions, and the density of interesting and strategically important people is really so high that networking and chance encounters with strategically important people becomes almost automatic. In short, everybody is there: the most important political leaders, the most important media outlets, the most important organizations and companies, and – I learned now – also the most important scientists. I met and could easily engage with several key scientists that I have been wanting to meet for quite some time, and many of my favourite scientific topics (concerning replacement of test animals, eHealth, decision-support, automation and replacement of jobs, environmental solutions, etc) were brought up in numerous talks and debates, and it is really in the intersection of all of these sectors of society (science, politics, companies, etc) and all of these areas (environment, health care, jobs, etc) that I think that our society truly moves forward. I therefore for sure plan to make also this second half of my travel period, the Almedalen-visit, a regular tradition.

I will write a separate blog post about the particular panel debate in which I participated, and about the general topic on which it was held: the three Rs.