A couple of weeks ago, our M.Sc. student William Lövfors presented his M.Sc. thesis entitled: “A first phosphoproteomewide mechanistic model of insulin signaling”. As the title indicates, this thesis presents the – to our knowledge – first ever presented version of a dynamic mechanistic model (based on ordinary differential equations and realistic assumptions of protein-protein interactions) that describes the entire phosphoproteome, i.e. all phosphorylations in all proteins that are relevant in a certain scenario. The scenario that we study here is the scenario that has been studied the most in our group, insulin signalling, and this systems-wide model is therefore an extension of our previous models. In fact, our most well-developed previous model appears as a sub-model – as the “core” model – in this new systems-wide model, which has been constructed in an iterative fashion, where we add protein after protein, in layer after layer, where each interaction is taken from suggestions in databases containing known or suggested interactions, and where all phosphorylated states in the model can describe dynamic mass spectrometry data. This work will be continued and experimentally validated and refined in various ways, and hopefully published during 2017. If you want to see more of how far we have gotten up until now in this latest status-report, here is a link to William’s thesis. 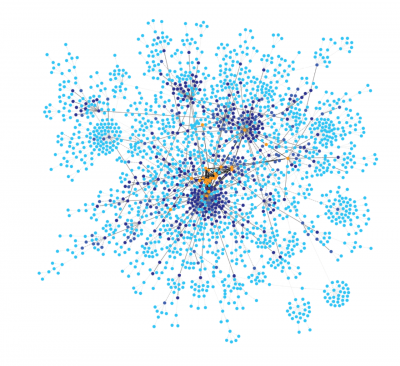 A final comment can be made about the academic journey of William so far. He started his journey, as so many others, by doing our project course in the year 3 of the engineering biology programme (TB), whereafter he did a ~9 months intership combined between ISBgroup and Mika Gustafsson’s group (then a sub-group of Mikael Benson’s group). His project then was devoted to a related project, where we created a systems-wide ODE model for gene-gene interactions (submitted to PLoS Comp Biol). Thereafter, he stayed in contact and in projects with us during the remainder of his M.Sc. studies. The initial project was financed as a scholarship-based research preparatory course, and he has been funded by some occasional months here and there for work in projects and for supervision in our project course, but mostly just by the fact that William has enjoyed working in these projects. During this time he has published one scientific paper (showing that you sometimes need mathematical modelling for something as basic as a correct calculation of EC50 values, link here), has done an oral presentations in international workshop (ISGSB 2014), and is scheduled to be co-author of two additional papers: one soon-to-be-submitted on adiponectin secretion, and one based on the systems-wide insulin signalling study already started in his thesis.

All in all, such an impressive CV is unusual for somebody who has just a few weeks ago finished his M.Sc. thesis, and we are therefore proud to say that William will stay on in our group as a proper employee during the next 6 months, during which we plan to convert his position to a proper Ph.D. position. 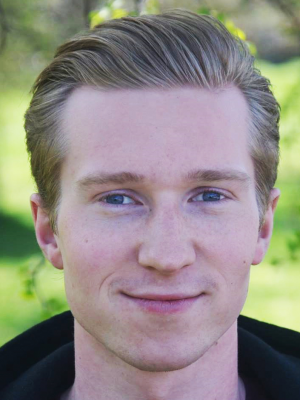 Picture of William, also used on his personal home page, here at ISBgroup.